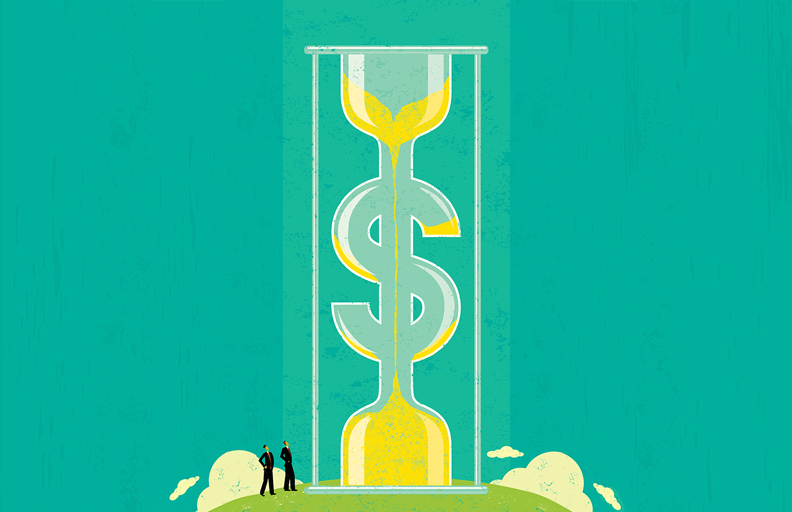 Set yourself up for efficiency and success in Part II of this 'Blog Short Series' covering Perfect Timing.

It’s never the perfect time to update your law office management practices. But, if you allow your processes to stagnate over time, your law firm will become inefficient, meaning that you’ll work harder and make less money. Certainly, your practice management goals represent the opposite of all of those things. In terms of revisiting/revising your law firm mechanics, then: there’s no time like the present. The end of Summer and the beginning of Fall means that everyone is refocused on work; and if this is the time you choose to revamp your law practice management posture, it can set you up for success through next Summer.

In this short series on time capture and billing, we’ll suggest tactics aimed at improving your realization rate. So, let’s finish with some tips for better time capture:

Probably the #1 rule of effective timekeeping is that you make a contemporaneous record of what you you’ve done. That doesn’t just mean starting and stopping a timer, and letting the naked record stand on its own. Neither does it mean that you jot down a cursory note, like ‘sent email’, ‘reviewed contract’. An effective time entry is a substantive record. It contains enough detail to (1) remind you of what you did, and (2) remind your client of what you did — more on that in the second entry of this series. Creating time records with insufficient detail is really just a waste of time. It means that you’re relying on your memory to allow you to reconstruct in full what you did at some undefined later time — the only problem is, you won’t remember. So, remember to develop a comprehensive time record by filling in major details from one project before you move on to the next one. Your invoicing self will thank you for it.

One of the reasons lawyers don’t make effective timekeepers is because they hate manual time tracking. That’s understandable. Constantly starting and stopping a manual timer is a real drag on your workflow. It’s, in fact, more efficient to just work. Of course, that chafes against the requirement of contemporaneous recordation. Fortunately, there is a modern solution, a time capture process that does not so much interfere with lawyers’ substantive work. Because most attorneys work on a device of some kind (desktop, laptop, tablet, smartphone) the majority of the time, an application that automatically tracks lawyers’ movements on their devices takes the ‘manual’ out of timekeeping. There are systems that capture when you start and send an email, when you begin researching on Lexis and when you wind up, when you’re working on a draft document and when you finalize it, etc. Anything you do on your devices can be tracked, and that holistic log can be captured in the background, while you keep on working. You can still stop to add detail, if you like, at the completion of tasks, or at the end the workday; and, these systems can be trained to automatically generate basic, pertinent details (email sender and recipient, client identifiers, etc.)

The beauty of the modern, mobile law practice is that you can access and edit your data from anywhere, via any device that is connected to the internet. It used to be that this method of operation created interface problems, since most applications were built for desktops. Now, however, modern applications operate efficiently at each platform you seek to access them through, and major softwares and websites feature mobile versions. So, if you can work anywhere, doesn’t it make good sense that you should also be able to capture time anywhere? If you’re using a time capture application, make sure it’s ‘device agnostic’: can you bill time via your smartphone just as easily as you can through your laptop? You should be able to. Most of the automated time capture tools available are device agnostic.

Many lawyers think that they only have to capture their time if they’re billing hourly. However, it remains the case, as Abraham Lincoln once said, that ‘a lawyer’s time and advice are his stock in trade’. Even if you’re not billing by the hour, it helps to know whether you’re deriving value for your client (and generating value for yourself) on the projects you work in. If you charge $1500 for an estate plan, the value proposition changes if you’re working 15 hours on that project versus 5 hours. Of course, you’d never know that if you weren’t capturing the time you spent, and analyzing its effect. It is true that a lawyer’s work should be valued beyond the sheer amount of hours input; but, that doesn’t mean that time is out of the question.

In the end, your time is captured for a purpose: it must be converted to an invoice. If you’ve spent time developing effective time capture processes for your law firm, but don’t manage the transition to the invoice stage, you’re losing the game in the final seconds. Make sure the entirety of the process is streamlined. Your time log should be capable of replication to an invoice in a fairly straightforward manner, preferably by linking the technology you use for each aspect of your recordkeeping, or by using an omnibus product that can manage both sides of the transaction easily. If you’re at the point where your time capture is seamless, make sure your billing process falls in line.